Trump Has Palestinian Blood On His Hands

HomeArticlesTrump Has Palestinian Blood On His Hands 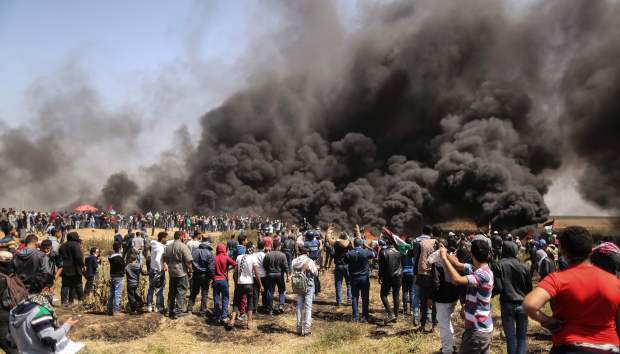 No amount of water or disinfectant can wipe the blood from Donald Trump’s hands after the wholesale massacre Monday of protesting Palestinians by Israeli soldiers along the Gaza/Israel border.

The president’s unconscionable decision to relocate the U.S. Embassy from Tel Aviv to Jerusalem – defying decades of American policy — was an affront not only to an oppressed, struggling Palestinian people, but it was an arrogant disregard of a Middle East peace process that has been proposed (and advocated) for years by democratic nations around the world.

The violence against the Palestinians must be denounced by all peace-loving, non-violent advocates across the globe, and we must continue to reject a system of apartheid in any form and in any country.

What has been happening in Garza, at the acqueience – and the instigation — of the United States, will forever be a blemish on the heart of America, a stain on the soul of Israel and a damning impression on the conscience of humanity.

As the poet Nikki Giovanni would ask: “Ain’t they got no shame?”

Of course, she would answer, “Naw, they ain’t got no shame.”