HomeArticlesWhy A Letter I Have From Richard Nixon Proves... 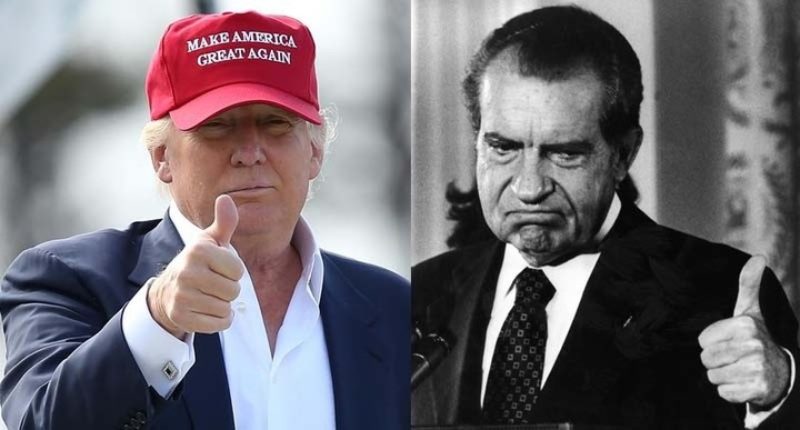 Make no mistake about it, I was not a fan of Richard Nixon. In fact, it would not be exaggerating to say that I despised him while he was in office (and I was in college) and for a longtime afterward. I would later come to respect some of his presidential actions as being progressive.

But as much as I despised Nixon at one time (for the war in Vietnam, Watergate and his sometimes sickening arrogance), Nixon was a giant, and almost a saint, compared to our current president.

Despite what you may think of him, it is clear to me that Nixon’s heart at least had room for compassion about others. And, after re-reading a letter he sent to my college graduating class in 1969, it is obvious that Nixon had an intellect and a vision that Donald Trump will never have and will never know.

For some reason, I kept the letter that Nixon sent to the 1,177 graduating seniors of North Texas State University (now UNT) in 1969. He probably sent the same letter to scores of colleges around the country, but at the time it felt special to us in Denton, Texas receiving that letter at the same time we received our college degrees.

I find it enlightening, heartening, and incredibly patriotic as I read it now, especially compared to the words and actions of the man currently in the White House. As I read Nixon’s letter today, I truly wish we had a man like him instead of the person who now sits in the Oval Office.

Following is the letter from President Nixon, on White House stationery, sent to NTSU graduates in 1969. Let me know what you think. 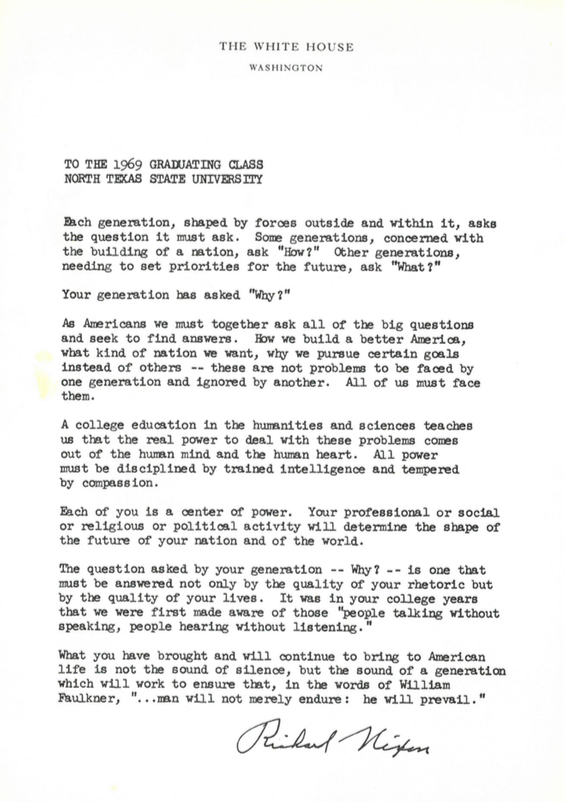