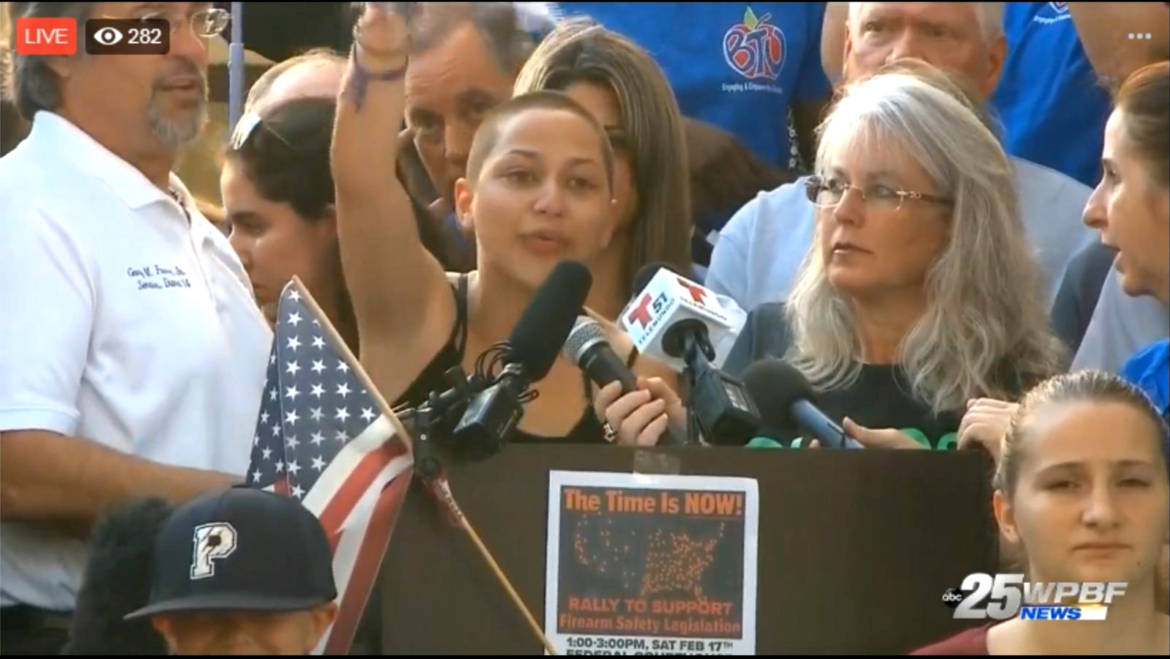 When the Youth of America Rise Up, Watch Out ‘Cause a Change Is Gonna Come

After the latest deadly school shooting in Florida last week, with 17 dead and 14 wounded, something happened that the nation didn’t expect: our kids rose up, spoke up and demanded change.

The young people of America put on notice a pious, pontificating president, the cowardice leadership in Congress and the pathetic legislators in state houses across the country.

The kids, many who had been victims or witnesses in this latest school violence where their friends, relatives and educators had been gunned down, listened as politicians voiced their same old tired expressions of being “shocked and saddened” and calling for “prayer and healing.” And the young folk weren’t ready to hear the tired rhetoric.

The youth in Florida left their blood-stained school building and headed to the streets, declaring “no more.” They called out the politicians, by name, including the president. They have declared that they will continue this fight for change in our gun laws, and that they will organize another “March on Washington” next month.

These youngsters from Florida, and their supporters, remind me of the kids who left their classrooms in Birmingham in 1963 and headed to the streets singing “Ain’t gonna let nobody turn me ‘round, turn me ‘round . . . ” Of course those youngsters where met by police with fire hoses and attack dogs. The violence against them didn’t stop them.

The Florida kids bring to mind the young people of Soweto, South Africa who left their school buildings in 1976 protesting apartheid only to be met by racist police and a barrage of bullets.

But it was when youngsters in those cases stood up, that we really began to see a change in the American South and in South Africa.

Yes, the school children of Florida have decided to stand up and challenge the politicians, their ignorant supporters, the unyielding National Rifle Association, and those who have turned their backs on the gun issue in America for years. And these young people are prepared to do what their elders, the predecessors, have failed to do – meet these challenges head-on in the streets . . . in open spaces . . . on public property . . . in the hearts of true Americans.

I’m convinced they will be able to affect change when so many so-called leaders could not or would not.

I, for one, will stand with them.

Power to the People! Power to our determined youth!

As singer Sam Cooke would say, “It’s been a long time coming, but I know a change is gonna come.”