HomeArticlesI Was So Hated In Dallas-Fort Worth They Made... 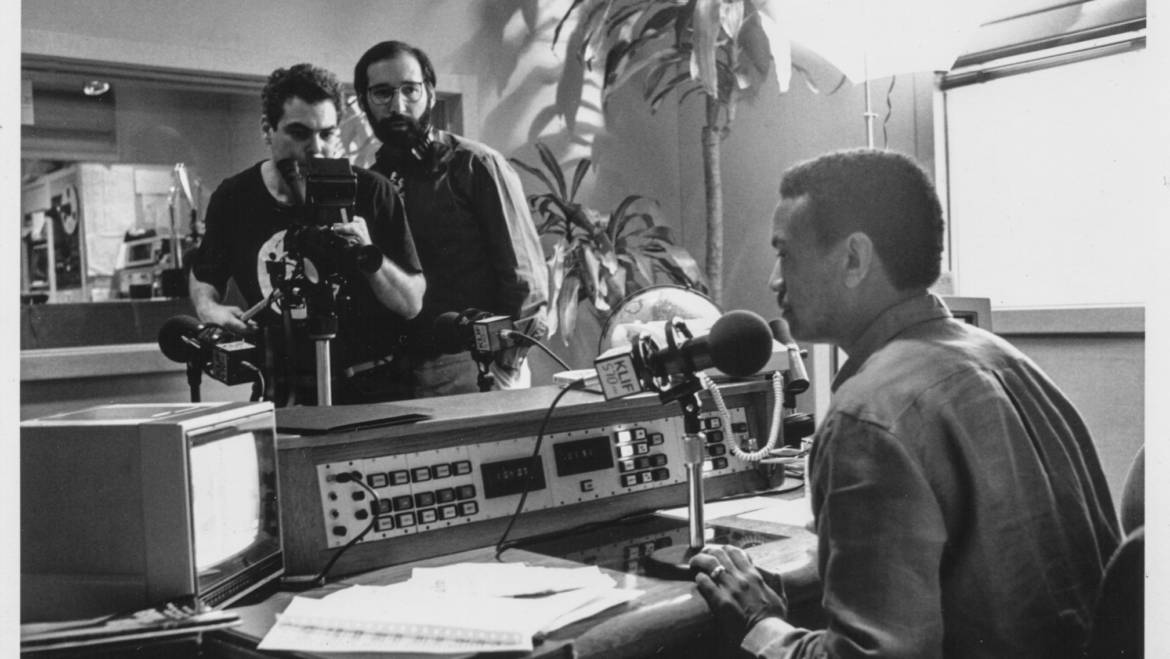 The photograph accompanying this post was taken in 1992 during the days when I was hosting a talk radio show on KLIF-AM, where I was the radio station’s first Black person and only liberal to address daily (for three hours) its predominantly white audience.

It was a time when, undoubtedly, I was the most hated person in the Dallas/Fort Worth area.

From the beginning it was evident that my joining KLIF radio, after a long stint in Public Broadcasting, would be challenging. And the listening audience didn’t let me down. My very first guest was a person who for years had refused to be a guest on what he called that “racist station”: controversial Dallas County Commissioner John Wiley Price. The KLIF audience despised this man they considered to be a “loud-mouth,” “belligerent” and “arrogant” black public official.

I received an enormous amount of calls and letters, much of them not only negative but down-right racist. In fact, I had so much negative mail that I created a file that I labeled “Hate Mail.” (Just in case there was an attempt on my life, I figured I could give the police or FBI some clues.) At one point, I began to read some of my “hate mail” on the air when some members of the audience questioned if my correspondence was as negative as I had proclaimed.

Hearing some of that mail, longtime friend and former Public Television colleague Mark Birnbaum, called and asked in a stunned voice: “Is that real?” I assured him it was.

Mark, along with mutual longtime friend Bart Weiss, said they wanted to do a film/video about my mail. The idea was to find some of the people who had written those letters. After all, I only read letters which had been signed by the senders. As it turned out, most of the letter writers had signed fictitious names or given fake addresses.

But Mark and Bart produced an incredible documentary about RACISM, based on my mail and on-air callers, along with interviews with members of the KKK and Christian and Jewish leaders. They titled it “Hate Mail.”
After watching it again recently, I was shocked to see just how relevant it is today – especially after hearing a KKK leader say they wanted to “take back our country.” Does that sound familiar?

Also there is a link to a short video of Mark and Bart (the “first Jews I ever met,” according to one Klansman) talking about how they came to do the documentary.

As John Wiley Price says in the film, “Racism is as American as apple pie.” I wonder if you agree.
“Talk to me,” as a longtime D.C. radio personality used to say.