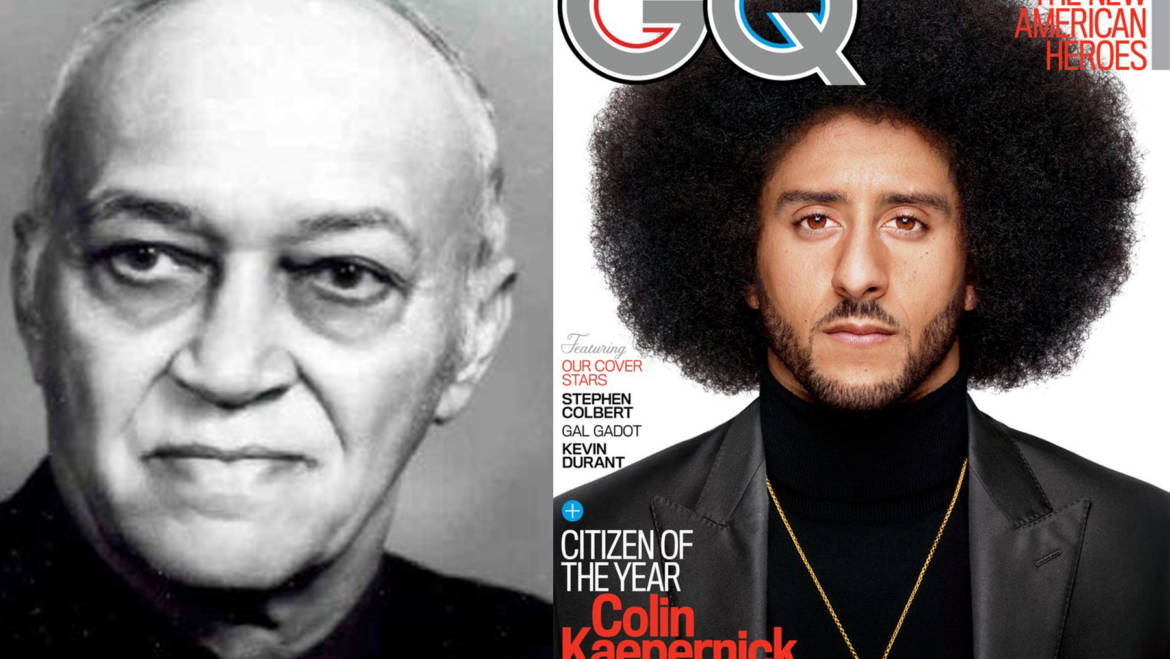 HIS MESSAGE WAS BEING VOICED BY AN ELDER BROTHER FROM TEXAS

A nationally renowned African American literary figure from Texas was questioning 77 years ago what Colin Kaepernick and his devotees are demonstrating about today.

J. Mason Brewer, an important figure in American literature, wrote a piece in 1940 that speaks to the issue of Black people standing for the playing of the National Anthem. (By the way, if you’ve never heard of Dr. Brewer, please GOOGLE him, because he is a man you need to know.)

Thanks to a retired teacher, the widow of former I. M. Terrell High School Coach and Principal Walter Day, I received in the mail a few weeks ago a poem by Brewer that won the “Third Prize” (out of nine awards) in the “Crisis Magazine National Poetry Contest” in 1940. “Crisis” was the official publication of the NAACP (National Association for the Advancement of Colored People).

From what I could determine, Brewer’s poem “Bewilderment” was published in the Crisis in 1941, and was republished (based on what Mrs. Day sent me) in 1947.

Here it is, thanks to Mrs. Day – under the heading “More Truth Than Poetry” – complete with illustrations. Please read it and share it, for it is a masterpiece, and a complete validation of Kaepernick’s cause: 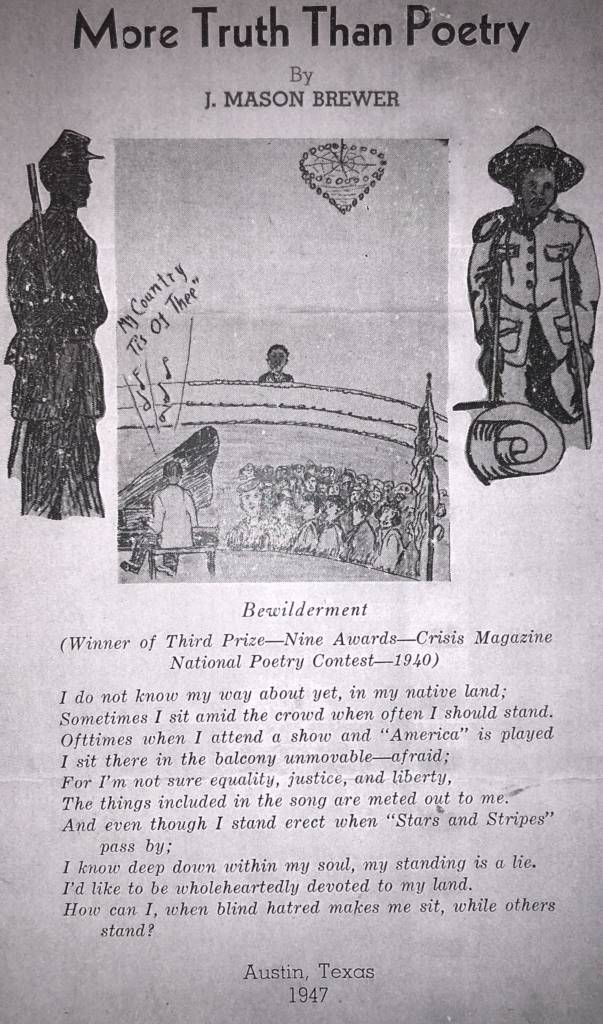 I do not know my way about yet, in my native land;

Sometimes I sit amid the crowd when often I should stand.

Ofttimes when I attend a show and “America” is played

I sit there in the balcony unmovable – afraid;

For I’m not sure equality, justice, and liberty

The things included in the song are meted out to me.

And even though I stand erect when “Stars and Stripes” pass by;

I know deep down within my soul, my standing is a lie.

I’d like to be wholeheartedly devoted to my land.

How can I, when blind hatred makes me sit, while others stand?